Cylindrical magnetic separator is the main equipment for magnetite beneficiation, mainly including dry and wet type.

Dry permanent magnet cylindrical magnetic separator is the magnetic separation equipment which adopts multi-pole radial magnetic pole arrangement and open magnetic system structure. It is mainly used for dry dumping of fine magnetite ore or dry separation in areas lacking water. The maximum particle size is 30mm, and the minimum particle size is -200 mesh (-0.074mm), and the content is less than 40%. The processing capacity of the single machine also depends on the feeding particle size, with a maximum processing capacity of 20 t/(h•m).

Wet permanent magnet cylindrical magnetic separator is also a magnetic separation equipment with multi-pole head radial arrangement and open magnetic system structure. For roughing, concentration or scavenging operations, the distribution of the surface magnetic field and the peak magnetic field intensity change accordingly, and different types of sorting trough types (downstream, counter-current and semi-counter-current) can be selected. The maximum particle size is 10mm, the minimum particle size is -200 mesh (-0.074mm) content is less than or equal to 90%. The single processing capacity depends on the feed particle size and separating tank type, the maximum processing capacity is 60 t/(h•m).

Magnetic screen is also a kind of magnetic-heavy combined separating equipment. After the effective agglomeration of magnetite in weak magnetic field, the magnetic material is discharged from the screen, gangue and lean intergrowth body are discharged from the screen by special sieve installed in magnetic field, so as to realize effective separation. Magnetic screen is mainly used for magnetite beneficiation operations to improve concentrate grade and beneficiation separation efficiency. It also has a small single-machine processing capability due to structural limitations. 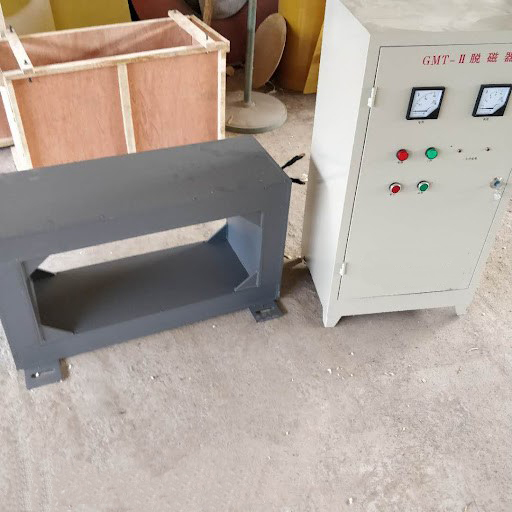