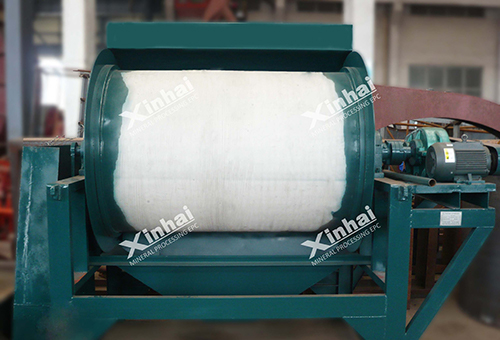 This article mainly summarizes the differences between electromagnetic and permanent magnetic separators to help you better understand the characteristics and advantages of the two magnetic separators, so that you can make the right choice between the two.

The magnetic source is a coil wound on the outside of the iron core, and direct current is applied to generate magnetism. When the power is cut off, the magnetism will disappear immediately.

The magnetic system of the permanent magnetic separator produces a low-intensity magnetic field, so it is mostly suitable for the separation of strong magnetic minerals.

Electromagnetic magnetic separator needs to be energized first to generate magnetism, and consumes a lot of electric energy during operation.

1) How to Maintain Permanent Magnetic Separator?

The working state of permanent magnetic separator is relatively stable, and its maintenance and operation are relatively simple. During production, the common faults mainly include the falling off of the magnetic block, the deterioration of the magnetism, the scratches of barrel surface and other problems. Generally, it is relatively easy to solve.

2) How to Maintain Electromagnetic Magnetic Separator?

The structure of electromagnetic magnetic separator and its maintenance process is complicated. During operation, the equipment needs to be energized first, and the electrified coil will generate heat. If the coil is not properly cooled, the equipment will be burned out. When a fault occurs, it must be shut down for inspection. Under normal circumstances, it is often possible to place multiple electromagnetic separators in parallel. If one separator fails, other machines can still operate normally.

The coils and various power parts used in the electromagnetic magnetic separator have high quality requirements. The investment cost of this part is very large. The use of inferior coils and parts can easily cause equipment failure.

If you have any questions about the selection of the magnetic separator, please submit a message to communicate with us, or consult our online customer service. We will contact you ASAP.